It’s physics, but doesn’t it sound a lot like theology?! 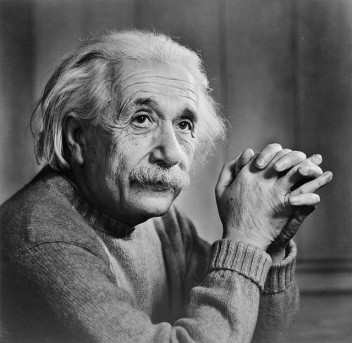 The great discovery of the C20th is that everything depends on light. Einstein proved it with an elegant suite of quadratic equations, demonstrating that the way everything functions and interrelates within the universe – in short the ability of the created order to exist – depends on the properties of light.

With that discovery Einstein demonstrated that matter, space and time all began and came from nothing – instantaneously. It was a new reality. Something profoundly counter-intuitive. Our assumption had always been that time was the great constant, its movement the primary and universal organizer. We had even read this view of things into the text of Scripture, with the distinct realities of the world as we know it emanating with the pulse of each day of Genesis 1.

Einstein’s assertions were radical and profound and demanded a huge imaginative leap. But his conclusions were not entirely without precedent. An English bishop had previously put forward the argument that the ability of the created order to exist depends upon the properties of light; and that the primary organizing principle of the universe is not time but light; and that our understanding of the workings of the universe will be wrong-headed until we come to an understanding of the true nature and properties of light. The man, a bishop, was Robert Grossteste, born in 1175 AD! 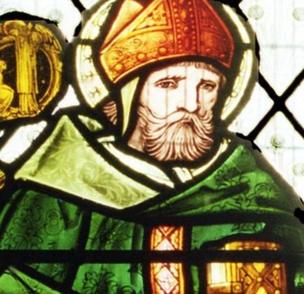 Robert Grossteste arrived at his conclusions as an astronomer. But the reasoning behind his imaginative leap was built on a fresh hermeneutic of the Bible – texts in the books of Genesis and I John in particular. I am mind-blown at Robert Grossteste’s ability to break from the pack and read such familiar texts from a truly fresh and insightful angle. What amazing prescience issued from a mind given over to theological reflection! Robert Grossteste’s and Einstein’s contributions make me wonder afresh about the place and meaning of light.

In Genesis there is something unique about the way light is announced. Everything else in creation God makes, creates and fashions. Light is something else. It precedes the sun, the moon, the stars and planets. It precedes the procession of time. “Let light be. And light was.” In an African translation I love, the Dangbe translation from Ghana (produced by S.T.Akunor my grandfather-in-law) “Come forth Light. Light came forth.” It is announced, called out of the wings. Unveliled. Uncloaked. 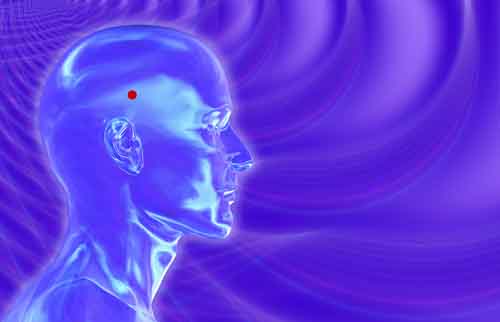 Light numbers our days. Via the work of the pituitary gland – the third eye – the alternation of light and dark sparks our growth, puberty, maturation, hormone shifts, balding, expiry! Light shapes our lives.

It is light that reveals the wonders of Quantum. Quantum evidences that everything is made of nothing. That things may or may not be as they appear to be. The everything behaves differently when that everything intersects with consciousness. An electron behaves like a particle – but only if it is being watched. Unwatched it is no more than a wave in the ether. Equally a photon can be in two places at one time – until we turn to look at it. Then it locates itself. What do you make of that?! How amazing, baffling and question-inducing is it that the universe acts differently whenever we give it our attention! Again it is the behaviour of light that reveals this intriguing state of affairs.

But think again about that original uncloaking of light. Relativity tells us that time, space and matter all emanated in the beginning from the original ultimate black hole. In today’s reality we find a curious echo of that notion. Because in our universe it is black holes that cloak light. The gravity (and, by the way, we still don’t know what that is) of a black hole is so great that light is cloaked by its force. As you approach the event horizon time slows. Get beyond it to the heart of the black hole and you will enter a timeless state. The heart of the black hole is outside of time. It is a realm beyond time that cloaks light. Does that sound a bit like theology to you?

But in a strange twist, consider the Cookie Monster, whose greedy ingestion of cookies leaves more debris outside the monster’s mouth than inside. The very strongest black holes eat in exactly that way. So, curiously, the very brightest light in the universe proceeds from the most avaricious of black holes. In other words it is this same realm beyond time from which the brightest light comes forth. It’s C21st physics. But doesn’t it sound like theology?

Here’s another incidental detail for you from the theory of general relativity. You remember how “your time” slows down as you approach the speed of light? (If you can remember from the last time you did it!) What happens if you catch light up? What happens if you move at the same speed, completely in step with the movement of light itself? For you “time” stops. You step our of its parameters and become “eternal”. So if you want to become eternal, just do what light does! But wait a minute, isn’t that somewhere in the epistle of I John?

I have now told you everything I know about relativity or quantum!

I cannot pretend to comprehend either. In all honesty I am choosing to trust that the scholars who write about these things are collectively on message and that the scientists they popularize are collectively doing their maths right! But I am genuinely fascinated by the conversation and by the fact that, in their discourse, those who write about these things find it all but impossible in their research to avoid the language of “God”.

I love that both in relativity and in quantum God is firmly back in the equation!The emerging truth about the behaviour of light unveils him. Light uncloaks him. It is a mystery into which I love to gaze. And, for me, it gives fresh meaning to the words of the Apostle Paul in Romans 1 that “God’s unseeable qualities are made visible in what can be seen.”

It all makes me wonder afresh in the words of the Psalmist: “When I consider your heavens, the work of your fingers; the moon and the stars which you have set in place, what is man that you are mindful of him, the son of man that you care for him?” (Psalm 8:3-4)