In the 90’s I worked with two counterpart churches in the UK. (Names changed for this article.) Over a decade St Jude’s struggled, withered and was shut down, being first annexed to a neighboring church. The Church of Good Hope, by contrast, thrived and multiplied ultimately by around 6,000% What was the difference between them?

On the face of it The Church of Good Hope looked weaker. Both were running programs that evidently held no interest to the wider community. Neither church knew how to fix the problem. So what was the difference that allowed one to thrive while the other one withered? In part the key lay in the questions each community asked. In its critical season St Jude’s asked itself the wrong questions!

In 2012 one of the world’s most iconic brands filed for bankruptcy. Kodak had led the world in film for decades. The tagline about capturing a “Kodak moment” had become a household phrase. So what went wrong? Was it the arrival of digital cameras – as everybody believes? Not really. Kodak could have led the world with digital photography just as it had done with film. It was, after all, Kodak whose R&D had produced the world’s first filmless camera years before. The wrong turn was taken the moment Kodak recognised this seismic shift in photo technology. They understood that filmless cameras could cannibalise their exisiting products.

They could have asked a core question viz: “How can we lead the way in helping people capture their Kodak moments?”

Instead they asked a fear-based question: “In the light of digital photography how can we keep people buying our film?”

The answer to the fear-based question was to bury the new technology and gag the R&D department. This was the decision that took them up a dead end alley and ultimately bankrupted them. If only Kodak had remembered that their core purpose was to enable people to capture life’s “Kodak moments” they would have realised that the new technology could be their vehicle to success rather than to oblivion.

Capturing a “Kodak moment” with an iPhone

Many churches today find themselves in a similarly critical season. They can feel that the wind of the Spirit is blowing away from their current structures and programs. In the West increasing numbers of people “Just don’t want to do church that way anymore.” Even as people motivated by God and Christianity, they find no relevance in what the churches are currently providing.

Faced with this seismic kind of shift, what questions will the churches ask?

Will they ask the core question:

“How do we lead the way in helping new generations find and connect with God?”

Or will they ask the fear-based question viz:

“How can we get the public to populate what we’re already doing?”

For St.Jude’s it was the fear-based question that set the agenda. Consequently, any activity or program that did not deliver people into what they were already doing was unwelcome and found itself opposed until shut down  – even if the program itself was attracting and keeping new people.

This self-sabotaging mentality did not arise because the stakeholders were bad people. They were simply terrified that what they were already doing might not survive.

Despite my best efforts in that parish was that I failed to build the kind of morale in the people for them to have the confidence to ask better, bolder questions.

It didn’t help that senior diocesan figures had, whether intentionally or unintentionally, initiated a rumour around that the church had been earmarked for closure. This was in fact a half-truth. A diocesan mission audit had indeed found that the church’s current attendance  only merited half a priest – despite the fact that they had just hired me. The leaking of that information made the people feel that the writing was on the wall and this fear translated into a belief that I had been put in with the secret agenda from the dreaded diocese to shut the church down. It was a belief that meant that from the get-go many of the established members of the church refused to speak to me or have me visit them.

Despite my best efforts to build the church up with programs that attracted new people, and to show that I believed the church had a future

It was that background anxiety about survival that kept the people from engaging hopefully with new activity and with the new people who were attending. ,Naturally the fear of closure pushed the people’s attention onto the self-sabotaging, Kodak question about survival – a focus which achieved for that church the exact same result it did for Kodak. The established members disengaged from what could have been a fruitful way forward. The church struggled. And shortly after my unsuccessful tenure it was annexed, and ultimately shut down. 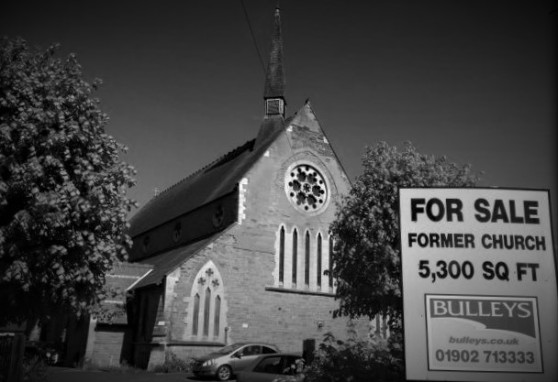 A few blocks away in the very same city the hardy remnant of The Church of Good Hope were also at their wits’ end. However, the faithful and patient work of an Intentional Interim Minister had built the morale and confidence of that small crowd. For two years he diligently ministered to the church’s emotional life, filling their minds with stories of reinvention, re-launching and community resurrection. Coaxingly and skilfully he prepared and primed the people to ask themselves a different question – a core question: “What is GOD doing in our community and how can we be a part of that” This was a better question – a question of life and not of fear.

As it happened, God was stirring in the hearts of bored and disengaged children in the projects (government housing) in the area. They were hungry for community, fun and responsible adult attention. In response, The  Church of Good Hope conceived of a Kid’s Club. It was a turbo-charged, Bible-based Sunday school held in a community hall on a Saturday morning. When the elderly twelve saw that God’s blessing was on this new endeavour, attracting significant numbers from the get-go, they generously and enthusiastically threw themselves behind it.

They moved their meeting place, reinvested their real estate equity and transformed their whole schedule of meetings to orientate – geographically, economically and thematically – around this new kids’ work. And the church took off!

The Church of Good Hope not only survived, it exploded into new growth. Today The Church of Good Hope has dramatically outgrown its former premises. In fact it now meets in the previously disused building of St Jude’s. If this seems too neat and poetic a narrative, let me assure you, this is a true story! Only the names have been changed. 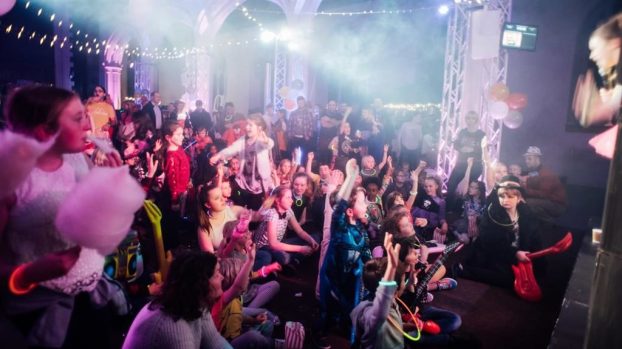 This tale of two churches illustrates the struggle of many churches today. Churches in the West can sense that the wind is blowing away from what they’re already doing. But where’s it blowing the people to? What are the people doing? Where are they going? What are they looking for?

Kodak’s true core purpose was to help people capture their lives’ Kodak moments. What then is the Church’s core purpose? With a clear answer to that question communities of faith find the ability to embrace the kind of adhocracy and experiment that are essential to surviving and thriving in the new territory of a new missional age.

Is your church or denomination in a critical season?
Which question is shaping your decision-making and patterns of recruiting?
The Kodak question, or the Church of Good Hope question?
Which question will you choose?