What’s wrong with the world can seem overwhelming.

I share the view that recent social forces in the U.S. and in Europe look horribly like a rerun of the racial vilification, blaming and xenophobia of the 1930s that led step by step to the Nazi holocaust. How can we be back here so soon?

Social media have exposed us to the culture of lynching that has infiltrated U.S. law enforcement and seems to have been permitted to have subsisted without any real accountability – despite U.S. intelligence’s official warnings about what was happening. This along with reassertions of white supremacy, in the U.S. and in Australia must leave anyone with a memory of 60s and pre 60s politics wondering, how can we be back here so soon?

One of the issues shaping people’s voting in the U.S. election this year has been the desire to protect the lives of babies in utero. The practices of late term abortion, what is done, how and why is seldom brought into the public realm We are not allowed to see images of procedures. They are kept – as much as possible – secret. If methods of abortion such as are practised in northern Australia, for instance, were actually exposed to public attention, I believe that support for them would evaporate.

Given the capability we now have of removing unwanted babies and have them survive, why with the strong supply of adoptive parents do we choose not to? We read of cultures of the past built on the sacrifice of children and infants. The horror of those behaviours is so great to us that we can scarcely express it even in the language of film. And yet our own cultural practice exhibits more common ground than perhaps we would want to admit. How can we be here?

These issues alone can seem immovable. And it can be baffling as to how a C21st world can still be giving life to these forces.

But the Bible gives an explanation. The enemies of humanity are “elemental spirits”, We read this Colossians 3:20. Apostle Paul reminds us that our battle is against “principalities and powers and spiritual forces in the heavenly realms”. John the Evangelist reminds us that Jesus has been revealed to destroy the works of the Evil One. This explains why basic patterns of evil and cruelty keep resurfacing in only slightly altered forms.

What is clear from the Scriptures is that these “elemental spirits” all have a fundamental thing in common. They hate human beings. They despise the apple of God’s eye.

That is the energy within almost everything we might look at and label as evil. What if we use that as a lens for a moment.

If we consider things which, in my opinion, are wrong with the world:

the abuse of children

the abuse of women

a bailout in the wake of the GFC that gives billions of public money not to those who have lost their pensions, livelihoods and homes but to the same bankers who generated the collapse, without asking for any accountability as to where bailout monies went

the hijacking of democratic structures by private interests, abrograting politicans’ duties to represent their constituents

the holding of entire nations in debt to private interests. Why do we not hear the names of the individuals who hold our countries in debt?

the giving of our youth detention, prison and refugee detention sectors to private interests, whose economic interests are served by mandatory sentencing and indefinite detention

the power of what Eisenhower called in 1961 the “military industrial complex” to keep a country like the U.S. at war for 223 of the 239 years of its existence as a country

the tolerance of negligent unsafe work places and practices that allows, every year, teenagers to die on their first day of work – this is in Australia and all around the world

the despoiling of African wealth by European and American interests. We could call it economic imperialism or just another manifestation of white supremacy

an attempt to control the world’s food supply by forcing farmers to seed lands with GM seed with the suicide gene, robbing farmers of the ability to seed their land with a proportion of their own harvests – the natural way – the way of farming since the beginning

the abrogation of indigenous land rights 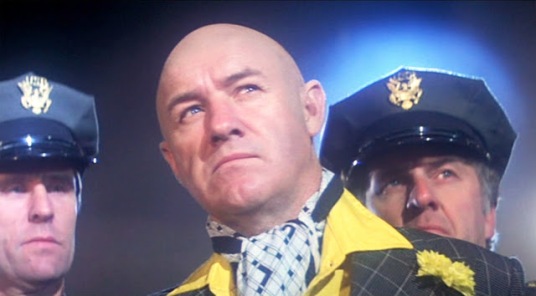 Some of these read like the evil plans of a Bond villain or of Lex Luther. Instead they are current realities. We could call them corruption. We could call them injustice. The thing they all have in common is that these patterns rest on a contempt for ordinary human beings. The same elemental spirits that bedeviled ancient cultures are shaping policies even today.

What’s wrong with the world is driven by a contempt for ordinary human beings.

The work of Jesus, the advance of the Kingdom of God, are driven by something deep in the heart of the Creator. An unstoppable, death-defying, self-sacrificing love for human beings.

Though the impact of these elemental spirits may seem quite overwhelming, God’s power is so much greater. He calls each one of us to a particular response to the evils of the world. Jesus gives examples in the Gospels; feeding the hungry, clothing the naked, visiting the sick, healing the sick, visiting prisoners, releasing the oppressed, welcoming the stranger, giving to joy to the despairing. Similarly through the prophets of the Old Testament the Spirit of God calls for us to love the foreigner living in our land, to care for the widow, and the orphan.

What do these responses have in common? They are each expressions of love for ordinary human beings.

It has been said that justice is what love looks like in the public sphere: love for ordinary human beings.

Every time we say yes to love, and find a way to express it to individuals, in our cities and towns and villages, in our workplaces, to friends, foreigners and strangers, we reject the authority of those old elemental spirits.

Every time we way yes to love we are participating in the essence and power of God’s nature. We are on the side of the Creator. We are manifesting his Kingdom.

Jesus was once asked what it meant to fulfil God’s law. What was the single most important commandment. Jesus responded by giving two commands. Love God with all your heart, soul, mind and strength AND you neighbour as yourself. Elsewhere he further explained that to love your neighbour as yourself means to treat others in the same way you would wish to be treated in the same circumstance.

Our resurrected Jesus overcomes death and evil by conquering the cross. When we love we participate in that victory and advance his kingdom just a little further, be it at home, at work, in the city or in the sphere of public policy.

The Prodigal – image by Charlie Mackesy