In this post I am going to talk about 3 different models of leadership. Each valid. Each deeply rooted in the ways of God in the Bible and through history. See which you resonate with.

Benedict of Norcia is known by history as the founder of the Benedictine movement. He rejected the mainstream expressions of church in his day (C6th Italy) and after a year of reprogramming, living as a solitary in cave, relaunched himself as the abbot of an existing monastic community. His failure on that venture redirected him to pioneering something from scratch. The community he formed – which began as a group-house for 12 young guys-  became the pilot group for a movement that continues to this day. It is a movement more than a network. Because what Benedictine communities have in common is not an institutional alignment – some have no institutional connection – but the fact that they all follow the same basic “rule” or constitution.

Benedict’s model of leadership was to gather a group of like minded brothers (his sister Scholastca gathered the sisters) distill the vision, codify it into strategy/policies/a rule and rhythm of life. The was his “Little Rule for Beginners” and then moderate the life of the community. This moderation includes a pattern for decision-making that invites the input of every member, to inform a proposal that will be volunteered or brokered by the leader, who commends it to the group for the next round of discussion. Decisions are based on a repeat of this process until the common mind of the group has been clarified by the facilitation of the leader (a pattern I have used in Intentional Interim Ministry). It is a pattern with prophetic roots in the ways of Moses and it stills speaks today.

BENEDICTINE PATTERN: Gather, distill the shared vision and values and make it practical. Then moderate the community until it is handed over to a successor.

That’s the Benedictine model. The Biblical progenitor of that model is Moses – if you think about it! It’s a pretty tried and trusted model – one familiar to many senior pastors in inherited churches. 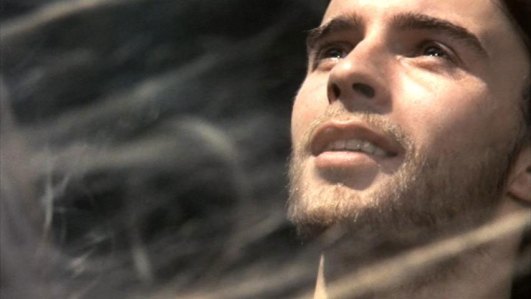 Graham Faulkner as Francis of Assisiin the Zeffirelli screenplay

Giovanni Bernadone was the son of a wealthy merchant family in thirteenth century Italy. Traumatized by what he had suffered as a cavalryman in the crusades, and having escaped a prison of war, Giovanni returned home suffering what today we would call psychosis. He was one of a generation of veterans of war who returned home with a profoundly altered worldview. They had been used as pawns in wars which had little meaning other than to rich and powerful elites, tussling for wealth and power. The army-toting elites of the day included bishops as well as secular leaders. The disillusion that Giovanni’s generation of veterans experienced therefore touched every layer of their world – secular and sacred.

Giovanni was known to his friends as “Francesco”. His mother was French and he carried himself in a way his peers thought “frenchified”!) Francesco broke out of the feudal order of mediaeval catholic culture when he heard Jesus’ apostolic call to the Twelve read in church at San Damiano. To him it was a personal call, demanding personal obedience. So it was that Francesco began living as a beggar, beginning his new life of mendicancy by renovating a derelict church building in Tuscany. He shared what he begged with derelicts and lepers.

While he was doing this other veterans of war came and joined him, and so the life of Franciscan community began. A sister movement was begun by a wealthy young girl by the name of Chiara Offreduccio. Her life was revolutionized by hearing Francesco preach in one of the local churches.What Francesco began exploded into an international movement of mendicant communities peopled with young people in their teens and twenties. History remembers Giovanni-Francesco as “St Francis of Assisi” – renowned for his radical simpliicty and the joyfulness of his followers

Francis was not a consensus leader. He was not politically skilled nor was he tactful around the powerful. He was a radical. Simple and plain! He simply did in raw obedience what he believed Jesus and the Gospels called him to do. And he welcomed those “Little Brothers” who wished to join him in it. Francis was unafraid of offending people – especially elites. His spiritual antecedents would be the likes of John the Baptist, or Elijah.

All three – Francis, Elijah, John the Baptist – simply did their thing with a forbidding sense of obedience, and yet inspired people to travel from far and wide to see them and to camp with them and journey with them. But like Elijah and John the Baptist Francis’ uncompromising approach led to a life which at its latter end was isolated, lived largely in solitude – think of Elijah in the desert, the Baptist in prison and Francis in his cave on Mount La Verna.

Francis was so uncompromising and hard-edged on the real-politik of making a movement work that, simply for the sake of its survival, Francis’ Little Brothers quickly took the movement out of Francis’ charge – despite the incredible international pulling power of Francis’ personal attraction. The network more than survived. It still attracts radical Christian believers to this day. Elijah, John the Baptist and Francis, all three, impacted history way beyond the religious sphere and still speak a powerful prophetic word to this day.

FRANCISCAN PATTERN: Do your thing. Do it uncompromisingly. Welcome those who wish to share the journey and let the chips fall where they may!

The pattern of leadership exercised by people like Patrick of Ireland, Columba of Iona and Aidan of Lindisfarne was very similar to that of Francis. Except that the Celtic pioneers acquired property and deliberately recruited young disciples to learn and staff the monasitc, missionary farming communities according to the vision that God had given them. Their strategy was to share their own gifting, call and pattern of life with a pilot group who would then go out and replicate it. They modeled their approach deliberately and expressly on the pattern of Jesus and his Twelve. Aidan was so successful with his radicalization of young men in this form of ministry that we can name more than half of the twelve teenagers he first recruited in the 600s AD! That’s how significant their contribution was in turn. Think about that for a moment!

A CELTIC MODEL: do your thing and share it with a pilot group for them to replicate.

These three patterns have great credentials. Rooted in the spiritual inheritance of Elijah, Moses and Jesus – the three who appeared transfigured together on Mount Horeb. All torchbearers for prophetic leadership, anointed by the Spirit of God.

Which do you most resonate with? You may lean more to one than to another. It’s important that you know which baton you are meant to take up. So which of these models do you see that you are wired for?

In different seasons and settings different models of leadership will be called for. Sometimes our job is to get over ourselves and bring what the situation calls for. But for the long haul, better know how you are wired and make that contribution. So let me suggest that you separate those two questions out and consider them carefully for yourself:

Which model is needed from you in this season and setting?

Which model is yours for the long haul?