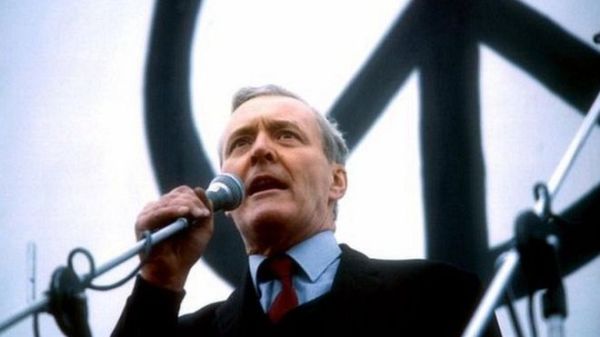 Over a ten year period I was privileged to meet with and correspond with British MP, the late Tony Benn. Tony was what we now call a “conviction politician”. As an MP for 47 years, Tony’s steadfast principle was to represent the interests of the ordinary working people of his constituency – and of the country.
Courage came naturally to Tony and he seemed to have no concept that this was not a universal trait. Without knowing how he did it he unfailingly strengthened the courage of all who came close to him. Tony’s investment into younger people in his later years was absolutely exemplary. I am so grateful for the personal encouragement he generously gave me over that ten-year period. Tony has, without a doubt, influenced my preaching, my politics and my parenting. 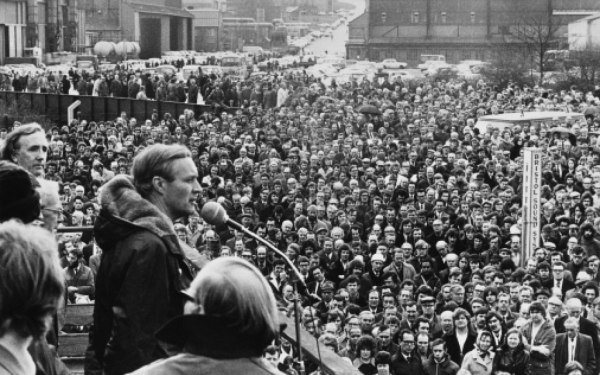 I admired that Tony allowed himself to be defined and driven by conviction rather than career convenience – cost whatever it might. I was very blessed by his personal interest and encouragement.
We talked about Jesus and the Gospel. Deeply shaped by his father’s political engagement, and both his parents’careful Christian teaching, Tony gave his life to occupying the prophetic space that speaks truth to power. As a boy he was banned from his Sunday School for competing with the Sunday School in his earnest attempts to truthfully interpret Scripture!
Tony told me that though what he called the “mysteries of religion” didn’t draw him he was fully persuaded that what he was doing was applying in the public sphere the social teachings of Jesus in the Gospels. Prime-Ministers Wilson and Callaghan, in each of whose cabinets Tony served, both complained of his bringing “theological arguments” to policy positions! Listen as Tony speaks about the place of Jesus in his politics…