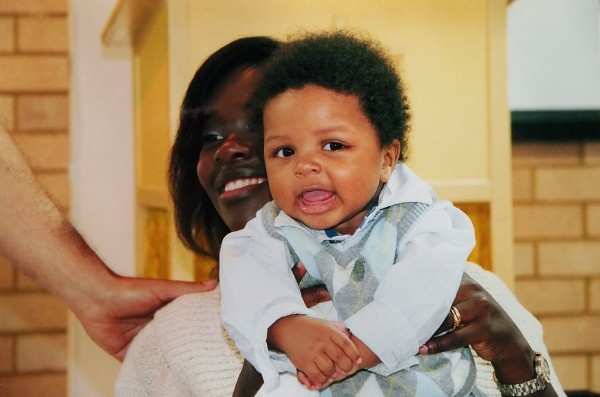 In the words of Mick Jagger: “Augustine knew temptation. He knew women wine and song, and all the special pleasures of doing something wrong.”

And then he repented. But as many theologians have observed, he didn’t totally change his worldview, but instead brought it into the theology he sewed into the fabric of historic Christianity.

Now you might say, “Thank Goodness, that has nothing to do with me.” Except that Augustine’s view has impacted all of us in the West, shaping for better or worse underlying deep-seated control beliefs – beliefs which may sometimes be on message and at other times prove really harmful.

Take, for instance, the cultural feeling that sex is actually something really naughty. We pretend we don’t think this. In our contemporary “licence” and “liberty” we wish to give the appearance that we have embraced the goodness of sex. But if that is so, why do married couples have such an awkwardness about going to buy items from a sex shop together? Why at weddings are there no traditional songs celebrating the fun that the couple – who traditionally would have waited a long time for this – are going to enjoy on their wedding night? Why do songs celebrating sexual love proliferate in the secular market place yet not in the Christian music scene? (I challenge you to find an example of one!) It’s there in the sacred words of the Bible – I mean Song of Songs. Where is it in Christian music? Where did it go and why? 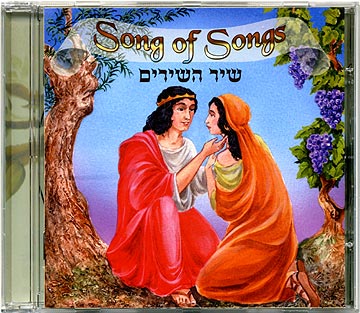 The New Testament teaches that our animal desires make us vulnerable to sin – enticing us to satisfying ourselves in ways that go beyond what unites us with the nature and love of God. Peter and Paul both teach this. At the same time, marrying for the sake of enjoying sexual life, giving your spouse frequent sex for their sake, the sake of your relationship and to protect one another from temptation to stray elsewhere for pleasure – those are the Apostle Paul’s teachings.

Buy a Christian book on sex aimed at preparing Christian couples for Christian marriage and you will see just how coy the Christian world still remains about sex.

Genesis 3 suggests that this conflicted feeling about sexuality is something universal. The writer expects us to be delighted by the idea of Adam and Eve’s naked innocence, and relate to that desire to be naked and unashamed. We all feel it. But we are also expected to fully understand why Adam and Eve, after that apple, would feel the need to cover up when they hear someone walking in the garden – God no less. Our empathy with Adam and Eve – on which our engagement with the whole story depends – is a double or triple empathy that appeals to our sexuality, innocence and self-conscience. 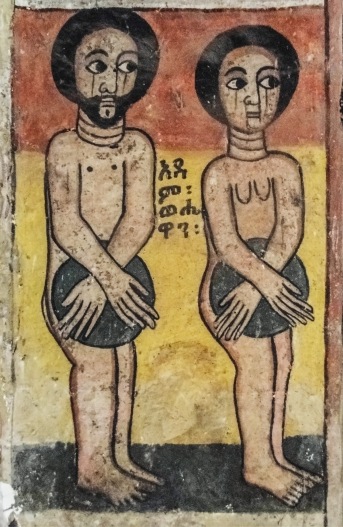 But in the church-world a lot of this embarrassment and coyness comes straight from Augustine. Sexual pleasure belonged to his unregenerate life – the life he had rejected and repented of. Vulnerability and sin were simply too close in his mind.

Augustine’s theology lies at the root of the churches’ traditional teaching of original sin. He taught that Adam and Eve’s sin changed their very nature from good to bad, from ideal to fallen; and that this fallen-ness (and remember vulnerability and sin are almost the same thing to Augustine) gets passed down the generations as a congenital disorder. We are born with it. It is passed on from one generation to the next at the very moment of conception because – so said Augustine – and precisely because the moment of conception was simultaneously a moment of sexual pleasure. That’s where it all goes wrong!

Not only does this spoil any potential enjoyment of pleasure and/or baby making but it consigns babies to damnation through no fault of their own.

This theology leads inexorably to the view that every human is born damned. Damned because of what somebody else did. Damned by their ancestor. That is why a dying baby must be baptized to save it from hell, purgatory or limbo – to reference traditional doctrines on the matter. 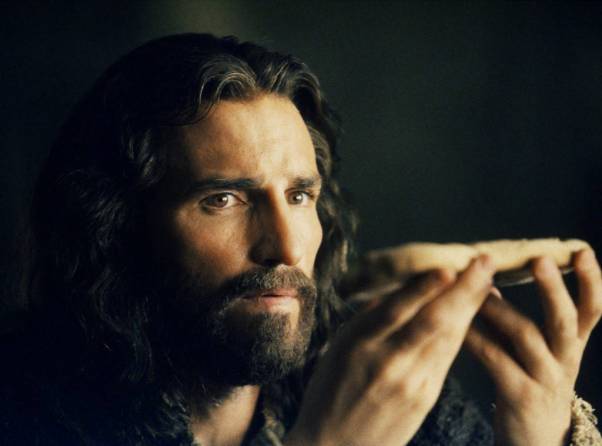 It also leads to a theology in which Jesus cannot be clothed with our humanity. To be clothed with a fallen humanity, a humanity with that DNA mutation in it, would make Jesus blemished and unworthy. The Bible declares that Jesus was without blemish and without sin so how could he have our “fallen” humanity? Isn’t that why Jesus was born of a virgin so that no carnal pleasure was involved in his conception?!

Yet the early Fathers of the Church understood – and put it right into our creeds so there should be no misunderstanding – that Jesus was fully human. The same theologians who fine-tuned our expression of God as Holy Trinity carefully explained that to understand the incarnation truly we must understand that “That which is not assumed is not redeemed.” In other words if it is not our humanity on the cross then it is not our humanity that Jesus redeemed. It has to be the same in order for Jesus on the cross to represent and carry us.

The clearest Biblical footings for this are found in the book of Hebrews (chapters 2 and 4) which makes absolutely clear Jesus is our brother, made of exactly the same stuff as us so that he could be tempted (ie he had the same vulnerability) in every way as we are, yet without sinning – so that he could be a sympathetic (ie feeling and experiencing everything that we do) high priest, able to help us when we are tempted. The New Testament could not be more emphatic. So how do we square that with Augustine?

To my mind, the best place to begin rebuilding our knowledge of humanity – and our love for the beauty and value of humanity is in Genesis. Follow the story closely and you will see that in Genesis the story is not of a change in essence from good humanity to bad humanity, innocence to depravity, perfect to fallen. That particular idea of the “fall” is absent from the Genesis account.

Firstly God does not create perfection. What he creates is good but not perfect. That’s what the story says. God surveys all that he is made and says, “Good, good, good…not good! It is not good for Adam to be alone…”

At the very beginning of the story of Adam and Eve we are given an enormous clue that this story is really about all of us. The clue is in their names. We are so used to thinking of Adam and Eve as names. If we pause to consider what their names may mean, we may say, “Ah yes, Adam – the first man. Ah yes, Eve the first woman.” But that is their place in the story. It is not the etymology, the original meaning of their names. The moment you put their names back into the original Hebrew something-earth shattering is revealed.

In the English language we have an almost 100% equivalent word for the Hebrew Adam. It is “Earthling.” We are about to read the story of The “Earthling.”

In the English language we have an almost 100% equivalent word for the Hebrew Eve. It is “The Living.” 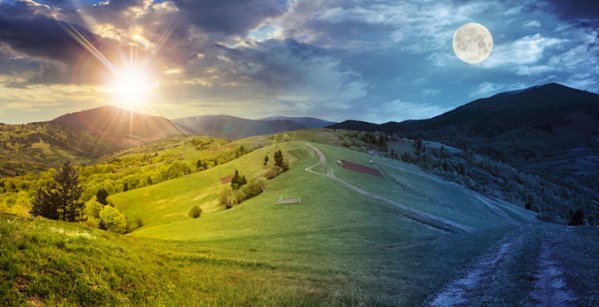 Right at the outset we are told, “This is an explanation of The Earthling. This is an account of The Living.” Suddenly we realize we are reading our own story. This story will reveal who I am, as an earthling; how I think, how I behave, my glory, my vulnerability, my innocence, my responsibility, my culpability, and God’s redeeming love for me.

The Earthlings are good but they makes mistakes. They get confused. They forget God’s word. They follow an influence contrary to God. He blames his spouse. They from God. He has to work disproportionately hard just to survive. She labors and suffers in childbirth. It is the story of all of us.

When I do or experience any of those things I show that I am a son or daughter of Adam and Eve. I am an earthling. I am among the living. That is how we roll! The story is at one level revealing to us a singular humanity – a humanity that is “same as it ever was”!

Yet there is change too. Not the change from inherently good to inherently bad. And not a single change. But several changes. En route from the idyll of Eden to our world – in which Abraham and Sarah appear as the Father and Mother of faith – several changes occur:

Those changes bring the world described to the world of The Living as we know them, Earthlings as we know ourselves. Those alterations together are what constitute the “fall” in the Genesis account – a fall of several changes from Edenic idyll to life as we know it.

Now consider what happens when, against that framework, we ask, “What humanity did Jesus have? Did he have a humanity that somehow predates the changes? Or could he be hurt? Could he get tired? Could he be injured and killed? Did he speak a specific language and belong to a specific culture? Did he eat meat and experience conflict? Did he have our humanity?” Yes he did. Absolutely!! The Gospel accounts make very clear that Jesus is on our side of all those changes.

The framework that the Genesis story provides changes a lot of things.

For me. I am culpable and dependent on God because I am exactly like Adam. In one sense I am not damned by his choices but by mine. Because my story is the same as his. I am an earthling and I think and behave like one.

In I Corinthians Paul says, “Just as all earthlings die because they are one and the same as The Earthling in Genesis, so in the same way all will be raised to life because of their union with Christ.”  When Paul he says this to us he is really appealing to our choice. We are born earthlings – the same as Adam. We are the living, the same as Eve. Paul is exhorting us to be united with Christ and so raised with Him.

For Jesus. He shares our humanity. Consequently he represents us on the Cross and his relationship with the Holy Spirit shows us what is possible within the frame of our own humanity.

For my love of people. I do not regard people with the undertone of judgment or contempt because they are unworthy “sinners”. Instead I regard all people with the same double empathy with which I regard Adam and Eve. They are created good and vulnerable – and they do wrong, and they hurt and die. Just as God looked at Adam and Eve hiding in the bushes and wanted to help them, clothing them and speaking of the promised saviour – their seed – so I too will do the same for the sons and daughters of Adam and Eve. They share the very same value and beauty and need.

And it is why I can look at the beauty that is a newborn baby and know that in this beautiful new life, a life that has not made any choices of his or her own, I am absolutely right in my perception – one that I sense in my innermost being – that I am gazing on a beautiful life that is good and valuable and lovely and vulnerable, worthy of clothing and helping – and worth the promise of a brother, made of the same beautiful stuff as them – a sympathetic priest and Saviour, Jesus.

For further reading – and just in case you should think this view is not orthodox, let me recommend: