Over the last winter 36 churches – including my own – collaborated in providing emergency accommodation for people suffering homelessness in our district. Over 13 weeks the collaboration, called Stable One, filled 165 beds.

This action was spurred by a shortfall in local provision. For the last couple of years my office has been directly above the office for the local agency responsible for allocating daily the one room available to meet the needs of local homeless population. What a woeful shortfall!

A couple of weeks ago we hired a fencer to come and help with a need at our home in the Yarra Valley. During my conversation with the fencer I learned that he was the previous director of Anchor – the local agency I mentioned before. He served there for 10 years and moved out of that work exhausted by the depressing limitation of that one room allocation. That was 15 years ago.

Land owners in my part of the world have offered to accommodate clusters of tiny homes – such as provide cute holiday options to Victorian tourists – on their own land and at their own expense to provide emergency housing for families otherwise on the street, separated in dangerous shelters, or living in their car. This is heartening to see. However state government has ruled these proposals out. It would rather see the current situation continue than see local planning bye-laws adapted. This speaks loud and clear to the level of political motivation to address to desperate need.

Current protocols classify a homeless family as “accommodated” if they own a car. It cannot be right that in all that time no progress in allocation had been made during a time of escalating need.

I paid a visit to our Federal Member, and Speaker of the House, Tony Smith. Philosophically Tony and I would differ on the role of government.  He told me that homelessness is simply too layered with other social issues for federal government to have an effective role in addressing it – and that agencies such as faith-based charities and multiple public-private partnerships better deliver to multiple areas of social need.

I don’t follow that logic. In my view it is a scandal in a wealthy, developed country that each winter we see charity collectors trying asking for donations from the public in order to provide for the destitute.

As for homelessness being too layered a problem for government response, yeit is true that a significant aspect of the phenomena of homelessness is that of mental health, and family health. But, to put it simply, my belief is that a person or family with other issues to address will be far better placed to address those other issues successfully if that person or family is first housed.

I put it to Tony that a family needing just a home is at the simplest end of the homelessness spectrum to fix. And yet we are hearing absolutely nothing on the topic from our major parties in their media-output or from our federal members in their communications with their constituents. 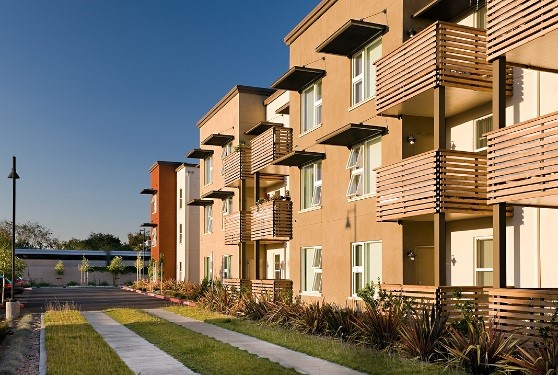 I also mentioned that there are certain things that only government can do; things that collaborations of churches cannot do. In recent years the federal government produced a policy called NRAS – the National Rental Affordability Scheme. It’s stated intent was to address the problem of the unaffordability of rental accommodation for families on normal incomes. The aim was to create and financially support privately owned affordable rental accommodation with regular investors as the stakeholders.

Unfortunately NRAS failed to roll out as expected. It was too restrictive to entice private investors to take up the baton of providing affordable rental accommodation. I am particularly aware of those limitations because it was part of my job for a while to try to sell NRAS units to private investors in the ACT if the political will were there the NRAS provisions could be tweaked to make it do what it said on the tin. I asked Tony if he would be one to lend his support to such a motion. The answer was no.

At a State level Affordable Housing quotas for new developers were brought in some years ago. The stated intent was again to address the costs of purchasing a family home, which are now dramatically out of proportion to average earnings. As a consequence home ownership is now falling in Australia.

Unfortunately the Affordable Housing Quotas legislation got skewed in the writing with the result that instead  of families being provided with affordable homes to purchase, we have been supplied with a surfeit of 1 and 2 bedroom apartments. Not what financially distressed families needed. We sold the surfeit of 1 and 2 bedroom apartments largely to Chinese investors! I know because I was selling them in Canberra like hotcakes! With a simple edit this legislation could perform its stated purpose. It would be easy to address – if the political will were there.

Another initiative at a state/territory level was the ACT  Land Rent scheme which enabled purchasers to buy a house without buying the land. A nominal, peppercorn rent would then be paid to the Crown for the land use. Unfortunately the steady growth in unimproved land values means that purchasers could see that the goal of secure property ownership would only recede over time. It has therefore enjoyed only limited success.

These three policies reflect that government at both state and federal levels can and should take initiatives to address Australia’s housing problem. If these three legislative devices were revisited and tweaked to address where the first roll-outs failed then they really could go some way to addressing the needs of families struggling to find affordable homes to buy or rent.

Looking at the affordability end of the spectrum, federal government could enable our commercial banks, or provide through a commonwealth bank what China provided to create a massive new class of home-owning people – and that is the 100 year mortgage. Without playing around with interest rates or endangering people with negative equity the 100 year mortgage is a device which gets people into the housing market. It doesn’t have to take 100 years to pay it off. With inflation, equity growth and in all the usual ways home owners can adapt and remortgage along the way – and the banks will have their customers. It is a model friendly to the banks and helpful to generations otherwise locked out of home ownership.

After my visit with Tony Smith I have come away wondering are there any politicians out there ready to push for simple political actions so that we can actually fix a problem that is surely a scandal in a wealthy, developed country like Australia?