In case we were in any doubt that Mr Dutton’s concerns are racially biased, this week’s announcement by Australia’s Immigration Minister is that he intends to fast-track a humanitarian immigration process for white South African farmers whose properties are being threatened with confiscation.

Consider those whose cities have been bombed in Syria, who have had to leave behind all their property and possessions, those whose families have been killed in religious persecutions in Pakistan, Syria and Myanmar, or who have lost properties and farms in South Sudan, or those who are deprived of even the most basic human rights in parts of Asia; the fact that the need of White South African Landowners is being prioritized over all those other demographics makes very clear where this minister and government’s loyalties lie.

This week’s announcement of white preference follows only days after Mr Dutton’s department revived the spectre of a University Level English test being required of future migrants to Australia. One has to ask what such a change is intended to achieve?

Residency and citizenship interviews are already conducted in English, requiring a basic basic proficiency in the language. Beyond that level, a person’s proficiency in Australian-English is a measure of absolutely nothing. The contribution of Australians whose fluency in Australian English was limited upon their arrival post-war would be incalculable – across every sector of our social, economic and political life as a nation. 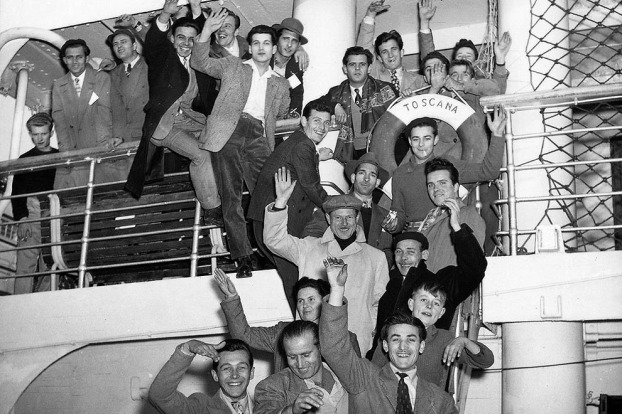 The proposed policy change is just the latest slap in the face to the generation of post-war migrants to Australia who built the nation we know and love today. It demeans all new Australians working to hard to integrate and participate in the life of our country.

For me the English proficiency proposal is the most absurd hypocrisy. Because this government relies on African migrants to write their speeches and put them into proper English. Enough said??

I have written to Mr Turnbull to raise the question of a policy review and repeat the call for a Royal Commission into our treatment of refugees and asylum-seekers. A Royal Commission is Australia’s most powerful device for de-politicizing the investigation of an issue. The one calling for it may incur a political cost, but really what can Mr Turnbull’s further ambitions be at this stage in his premiership? How does he wish to be remembered. Does Mr Turnbull really want to go down in history as the Prime Minister who protected a politician the like of Mr Dutton, and in a revived White Australia policy, with all the injustice and shame it carries?

Is Mr Turnbull’s political career sufficiently advanced towards its conclusion for the PM to consider what legacy he will leave behind and what direction Australia will have taken under his leadership?