If the C21st Church is to see new missional expressions on the scale needed for this era, existing structures will surely need to adopt some new paradigms. But all is not new. We have learned some of these lessons before…

King George III and Queen Charlotte were early members of the German dynasty that still holds the British Crown. At the beginning of their regime new laws were introduced to prevent any loss of order and control over their subjects. Sedition-laws and laws to protect the peace illegalised gatherings of more than five people unrelated by blood. British subjects could be fined or imprisoned for the crime of breaking the 9pm curfew. And just for good measure all Anglican clergy were required to make a pledge of obedience to the Crown before being permitted to pastor their parishes. For the sake of this new royal family, all was order and control. This surely made the royals unlikely champions for the liberation of grassroots leadership and initiative. But they were.
Revival was swelling in Britain and the U.S.A. Clergy who were embracing the new “enthusiasm” were being pilloried and frozen out of the institution. Bishops and archdeacons were circulating letters forbidding the giving of pulpits to great preachers like Wesley and Whitfield. In meek obedience Church of England clergy pushed the preaching of the “enthusiasts” and “new lights” out of the parish churches. Evangelical converts found their leaders excluded and themselves unwelcome in the parish churches. In response new structures of discipleship  began emerging. New locations, new preachers, new patterns of associating were springing up as the Methodists and other Evangelicals sought to run with what God was doing. Almost everything they did was illegal – if the law was pressed. Christian leaders, like John Wesley, found themselves often called up before local magistrates on breaches of the new laws. 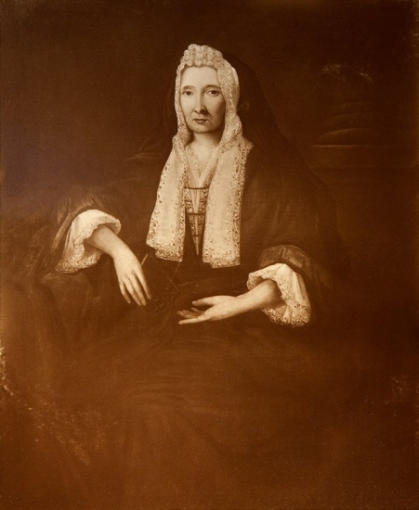 Into this arena stepped Selina Hastings. Shrewd, bold and devout, Selina – as alandowner of a certain social rank – was permitted by the law of the land and the canons of the Church of England to build her own chapels and licence her own clergy to serve in them. Though originally intended as a way of providing churches on privately owned land (most of the land in England), Selina saw this protocol as a semi-covert way of planting new churches all over the country. So she did.

One at a time Selina Hastings began purchasing small parcels of land across the country, and built chapels for the preachers, pastors and people of the new move. By so doing she used her advantages of position and wealth to open up places of refuge and discipleship for many whose new-found faith saw them excluded from the mainstream, state-controlled churches.

The countess did not exercise bishop-like authority over the running of the chapels. Her goal was simply to get behind and support the burgeoning grassroots revival.. Selina was a countess. The law allowed her six chapels and chaplains. By the time she had planted thirty her peers took her to task, insisting that King George intervene to arrest this subversion of good order. So it was that, by demand of several noble peers, Selina Hastings found herself summoned to the palace. 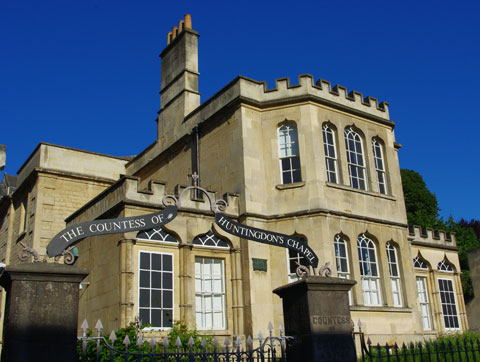 The Countess of Huntingdon’s Chapel, on The Paragon in Bath UK

The King and Queen heard Selina carefully. Having listened, they chose not to arrest or censure her, King George responded by enthusiastically blessing the countess for her work towards the spiritual wellbeing of the realm. Rather than punsihing her for exceeding her quota, their majesties sent her home with a personal dispensation to continue in the same vein – for  the benefit of the Kingdom of God!

For the royals and for the countess this was a way of serving without controlling. For an era and a regime so built on order and control this was a very bold move indeed. Recognising the character and godliness of what was being done, this trio found a way even within their own frameworks to embrace the experimental and the genuinely new. (Today if you see a“Countess of Huntingdon Chapel” you are  seeing a small testament to Selina Hasting’s wonderful work!)

Meanwhile in Cambridge a famous Anglican churchman, Charles Simeon, was preaching against the “evils” of going outside the Anglican chain of command in pursuit of converts and revival. Simeon believed that “dissent” and the setting up of new churches outside the parish system was “unwarrantable” and very far from the ideal. But Simeon had a heart for “true religion” and so, while preaching the “ideal” of devout parish life, he quietly paid the wages of the “ranter” preacher at the Green Street Chapel in Cambridge.

Hypocrisy? No. Charles Simeon did this because for all his ecclesiatical preferences and principles he recognised that Green Street was reaching a demographic that his own denomination, for all its efforts, was leaving untouched. Evidently, to see the otherwise unreached reached with the Gospel trumped his other concerns and priorities. At a time when other Anglicans were terrified of losing more and more people to – they knew not what –  Charles Simeon was content to serve the kingdom of God, enjoying the priviledge of input without control for the sake of reaching people for Christ. Indeed, Simeon took this approach to numbers of ministers and missionaries all around the world who enjoyed Simeon’s amazing pastoral and financial outreach. 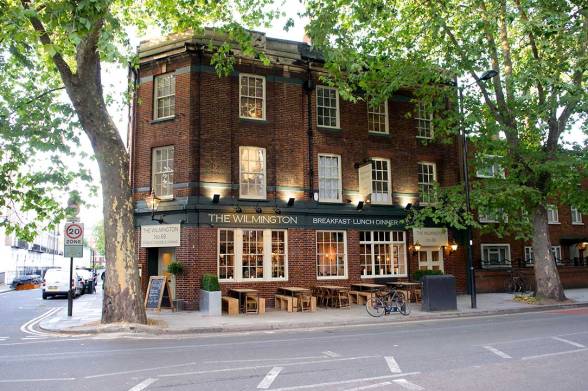 A group of young people from an Anabaptist fellowship obtained a lease on an uneconomic old pub and decided too run a short-time (dry) pub mission. Once a week the pub would open, packed with unchurchy looking young people and open to any comer. It was an overtly Christian environment with low-priced food and drink, with musical and spoken interludes through the evening. The program was similar to many short-term coffee-bar ventures. Young people from other churches caught the vision and joined in and a body of local “people of peace”, seekers and people in need began building up as part of the regular crowd. After the short term expired, the team felt they were only just beginning to make headway. So they decided to run with what was happening, indefinitely.

Father Allen (name changed), the high church Priest of the local Anglican church, took a very old fashioned view of his parish. This was his parish – but he felt that as a father rather than a proprietor and so took to the habit of loitering in the said pub, befriending the workers and guests. Naturally, he took on a chaplain-like role to a demographic he would never have reached through the structures of his own church. Once again a willingness to extend the open hand of friendship and enjoy the priviledge of input without ownership or control enabled a valuable and effective symbiosis in ministry.

Is your leadership expansive enough to reach out in such a way as to make a valuable input without the necessity for control or ownership? We are so used to the inherited patterns of ministry in which the minister is the host. The paradigm being discussed here is of the leader as guest! Is that you?