Brock Turner, released in 2016 after three months served
for the sexual assault of an unconscious girl behind a dumpster.

The release of Brock Turner after his serving a mere three months for the sexual assault of an unconscious girl – behind a dumpster outside a frat party – drew attention to serious equity issues in US jurisprudence. The disparities of treatment between white Americans and Latinos and African-Americans for crimes of this kind are once again dramatized in the lenient and respectful treatment afforded Brock Turner.

Aaron Persky, Santa Clara County superior court judge, said that the light sentence would help mitigate the anxiety that the media attention had caused Brock Turner. Judge Persky is alumnus of the same school as Turner – Stanford – on whose campus the sexual assault took place. Turner has now been given early release from his six month sentence after serving only three months “for good behaviour” – which I presume means not raping an unconscious girl while he was in prison?! 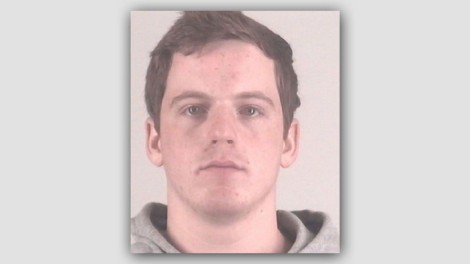 John R K Howard – no jail time needed for violent sexual assault against a disabled African-American student. Click here for a report and discussion of this incident.

Similarly in 2016 John R K Howard was released without having to serve any jail time at all after he pleaded guilty to “injury to a child”. What he had actually done was to force a disabled African American student to sing a KKK song while being brutally sodomized with a wire coat hanger wielded and kicked by John R K Howard.

John R K Howard is a sporting hero at his school and comes from a well-connected family and so was deemed worthy of 300 days of community service. Howard was allowed to plea bargain the lighter charge because the prosecutor of the case – Deputy Attorney General Casey Hemmer – did not regard Howard’s actions as either a “sex crime” nor “racially motivated” and told the judge that the accused should not have to be saddled with the designation of a “sexual offender.”

The astonishing leniency shown towards the perpetrators of these violent crimes shows complete contempt for the victim of the crime. It also puts into stark relief the disproportionately harsh punishment of American citizens found in possession of narcotics.

Because while Brock Turner was being released three months early, having served just three months for sexual assault, and while John R K Howard walked away with no custodial sentence at all, by stark contrast just a few months prior Jeff Mizanskey was finally released after serving out his sentence for the non-violent crime of possession of marijuana. For that crime Jeff Mizanskey had been kept in prison for 21 years – a third of his life. That maths is indefensable. 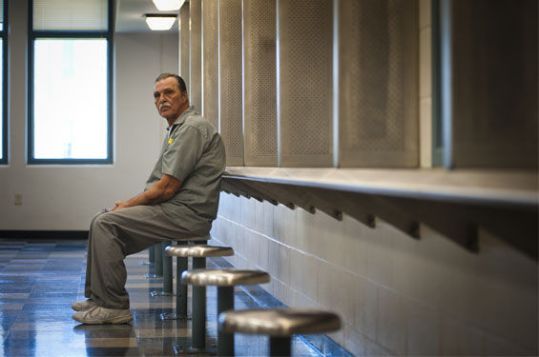 Jeff Mizanskey, released in 2015 after 21 years in prison
for possession of marijuana

The comparison of Brock Turner’s and Jeff Mizanskey’s respective cases is just one of countless comparisons which would illustrate that America’s laws and sentencing powers are being used by the dominant elite for something other than justice. Why, after all, was his possession of marijuana considered a crime at all. Can anyone explain why that was “wrong” – indeed so wrong that it warranted depriving Jeff Mizanskey of 21 years of freedom?

A WAR FOR PRIVATE INTERESTS?

These distortions keep more than half a million Americans imprisoned for drug offences. When released their criminal record denies them the vote and often employment. What options are then open to these disfranchised and unemployed ex-cons? It is not difficult to see that mandatory drug sentencing is a highly significant factor determining crime, incarceration and recidivism rates in America because while the U.S. is home to just 5% of the world’s population, it incarcerates 25% of the world’s prisoners.

Anyone looking at the graph above would want to know what happened in the mid 80’s to inaugurate the phenomenal increase in incarceration rates from that time to this. The answer: the 1984 “Sentencing Reform Act” under the Reagan-Bush administration. It brought in a swathe of mandatory sentences for drug offences, with the result shown in the graph.

The seemingly arbitrary illegalization of various drugs in the C20th reflects what was in fact a non-arbitrary response to how different racial demographics self-medicate and how different racial demographics practice their religion and freedom of consciousness. What was suspected at the time has now been admitted by one of President Nixon’s senior officials – John Ehrlichman. Ehrlichman, Nixon’s senior policy advisor went on record, admitting that the decision to criminalize users of Cannabis in the USA was engineered a means of rounding up the leaders of the Civil Rights and anti- Vietnam movements.

Interviewed by Harper’s magazine before his death in 1999, Ehrlichman said, “The Nixon campaign in 1968, and the Nixon White House after that, had two enemies: the antiwar left and black people. You understand what I’m saying. We knew we couldn’t make it illegal to be either against the war or black, but by getting the public to associate the hippies with marijuana and blacks with heroin, and then criminalizing both heavily, we could disrupt those communities. We could arrest their leaders, raid their homes, break up their meetings, and vilify them night after night on the evening news. Did we know we were lying about the drugs? Of course we did.” 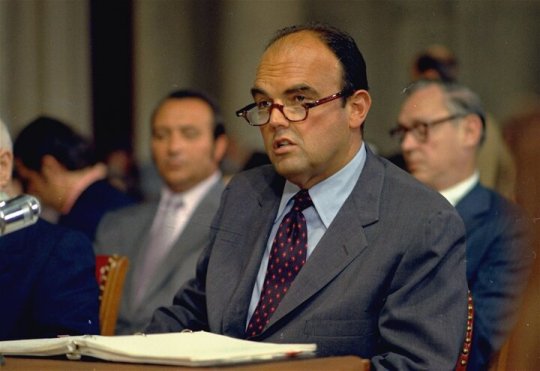 “Did we know we were lying about the drugs? Of course we did.”

The result of this illegitimate war is that today in most States in the USA anyone using narcotics to manage Parkinson’s disease or to abate chronic extreme pain, or explore the consciousness of Rastafarianism or shamanic spirituality falls into a category of people exercising their personal freedom in  a way that requires the most draconian patterns of incarceration – apparently!

I mention this on my website because this is not a problem for America only. The UN has raised concerns about the rate of incarceration of Indigenous Australians on similar bases. What narcotics are illegalized has a direct bearing on whether Indigenous Australians are equitably or disproportionately represented in Australian prisons. It is a policy choice. Whether addictive patterns are regarded as social health problems or as crimes has the same bearing.

A WAR ON ADDICTION?

Without in any way wanting to minimize the tragedy of addiction whenever it occurs, in my view the so-called “war on drugs” attacks only the end symptom of a far more serious public health problem. It completely trivializes the causes, criminalizing the victims while, incidentally, generating huge profits for the private interests who have purchased our prison and detention sectors. For those interests an endemic drug problem is profit. We need to seriously consider whether we want such an incentive built in to our justice system. As soon as we subcontract our prison and detention sector to private interests we build that incentive in. In my view any genuine war on drugs, making a full-spectrum response, would take private prisons out of the picture immediately.

I hate what drug addiction does to individuals and to families. We need public policies that respond to the tragedy of it. We need to recognize drug addiction for what it is – a profound social health problem. Rather than do that in the C20th we have progressively criminalized drug use, as if nothing had been learned from alcohol prohibition, and thereby empowered a new global black economy – from which mafia and governments derive huge unaccountable financial power bases.

Consider for a moment how people tend to become addicted – from any and every social background: the loss of a job, the lack of job prospects, the consequent loss of a home, the breakdown of a family, the breakdown of a community, mental ill health or the mental ill health of a parent, the addiction of a parent, chronic physical health problems, chronic abuse, social isolation – indeed anything that robs people of security, self-worth and hope. These are all factors that move healthy people from every demographic into patterns of addiction.

A WAR ON THE POOR? 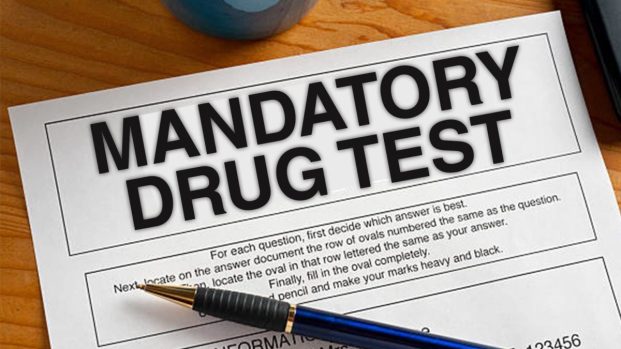 In 2017 the Australian government decided to follow the American example of imposing random drug-testing on any person dependent on welfare payments. This was enacted with a view to stopping benefits to any people suffering addictions. Picture the children struggling in a home headed by an addicted parent, with any of the causes listed above. The loss of benefits will mean the loss of their home. It is not difficult to picture what comes next.

In our home state the plight of families living in cars has been dramatically on the rise. The “war on drugs” has been stepped up in recent state budgets in a way that will only add to those numbers. Once we unpack all the causes and the context of addiction it is easy to see that any “war on drugs” that targets the addict is in reality a studied decision to ignore the root of the problems and punish the most vulnerable.

A WAR AGAINST A FREE PEOPLE? 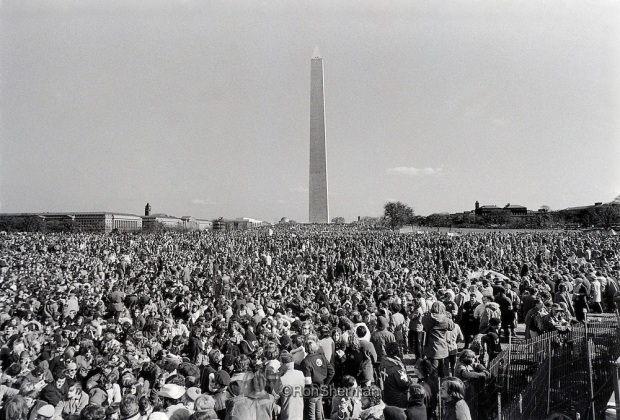 Why are the drugs used by indigenous Americans, indigenous Australians, indigenous Mesoamericans, and Rastafarians illegalized? The love, unity, compassion, at-oneness with nature that are part of their spirituality all flow from altered consciousness that results from careful, controlled, healthy use of forms of “drug” used safely in community. When a similar use of similar substances became part of the spirituality and lifestyle of a generation of western youth in the 1960’s the result was not a listless, addicted and unhealthy generation. Rather the result was a fearless, united, peace-loving movement for peace – which particularized in the campaign against the Vietnam war (what the Vietnamese call the “American war.”)

The work of government is to manage the population. A fearless, united, compassionate population is a handful. Illegalize what has made the people that way and you’ve solved a problem. In that regard the blanket illegalization of drugs is a policy aimed against freedom and consciousness.

In the end, whether the victim of the war on drugs is a depressed mother, a sick and addicted a son or an older man with Parkinson’s, self-medicating, or a spiritual person seeking higher consciousness, then the simply truth is that I am “my brother/sister’s keeper” I have to care what this policy will do to them. That’s why whether we see drugs as the stock in trade for the desperate, medicine for the sick or hopeless, or enlightenment for the seeker, then the war on drugs is really a war on all of us.

Michelle Alexander, Visiting Professor at Union Theological Seminary, delivering the George E.Kent Lecture in 2013 on the problem of mass incarcerations in the USA, and The New Jim Crow