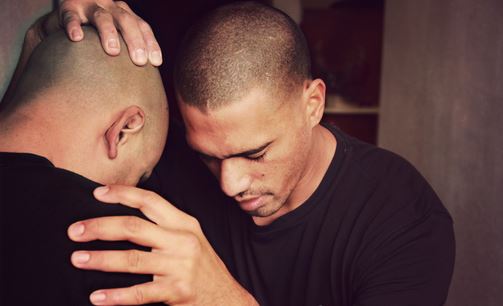 It is a shared insight of many spiritual traditions that humans are beings of many layers. We are physical creatures. We are conscious being. We are thinking entities. We are spiritual phenomena. All overlapping.

If I seek physical healing of, let’s say an injury to my foot, I am disassociating myself from my injury and directing my consciousness towards a different reality – one with a healed foot. In my mind I can visualize that outcome. My will desires it. My spirit is ready to operate a healthy foot. Therefore I will take action to fix that foot. I might decide to take myself to the GP or the physio or the osteo or to some other healing practitioner – depending on what modality of healing I have confidence in, or have seen work before.

A healing modality that I have become vary familiar with from Christian spiritual traditions is that of placing a hand on or over an injury and resting it there. Often the injured person will begin to experience one of the following:

These phenomena are often the outward signs that healing or realignment is taking place.

The placing of a hand on or over another person is a way of inviting and directing the flow of what the mystics have called Divine Energies. It is a practice modeled in the Gospels and New Testament. For instance Luke’s Gospel (Luke 4:40) says, “After sunset all who had friends who were sick with various diseases brought them to Jesus; he placed his hands on every one of them and healed them all.”

The placing of the hand invites Divine Energy to flow into the effected part.

The Nobel Prize winning Physiologist – and the man who first isolated Vitamin C – Albert Szent-Györgyi wrote, “In every culture and in every medical tradition before ours, healing was accomplished by moving energy.”

In the Christian tradition of healing, directing the flow of Divine Energies, is the most powerful thing to do. The Bible proposes that it was these same Divine Energies  or Spirit that generated the material universe, space, time, matter and energy out of pure potential. So to invite and guide the Spirit of God is really to go to the Ultimate Source.

No sense of arrogance or ego is to be inferred by the use of the language of “directing” or “guiding.” The Energy being guided is Divine. God is the Source. No practitioner of healing with a healthy mindset believes herself or himself to be the source of another person’s healing. Rather they are a participant – a collaborator. 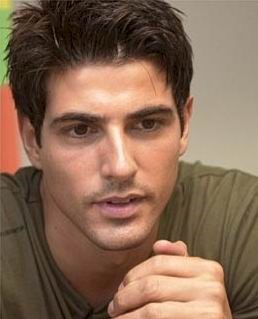 One time I used this approach with a young man called Dave who had been suffering from crippling abdominal cramps. After our session he was so relieved that the pain, which had been afflicting him every few minutes for days on end, had suddenly vanished.

“You focused a lot of pressure on my side there,” he said. “I wasn’t sure what you were doing, and it was a bit uncomfortable. But I trusted that you knew what you were doing and the effect is wonderful! All that pain has just released!”

To his great surprise I showed Dave – and the group present – what I had actually done while his eyes were closed. I showed  that in reality all I had done was place the flat of my hand very lightly against the side of his belly. Dave was astonished. He said, “That’s incredible. It felt as if you had taken a finger and pushed it really deep into my side!”

Not me! What Dave had felt was not a physical force at all. It was a flow of Divine Energy. And it happened when my hand invited or directed the Spirit of God into the injured part of Dave’s body.

Another time I was working with a young athlete called Greg who was training himself up for the Olympics. He had injured his hip and needed fixing to get him quickly back into the field. Greg had a Christian faith. So as well as placing a hand I felt free to speak aloud some words of direction. I said, “Spirit of God, go right now into Greg’s hip.” Greg’s immediate physical reaction, and the healing that followed within minutes, made it very clear that that is exactly what happened.

It may sound very strange to suggest “guiding” or “directing” the Spirit of God. Shouldn’t it be the other way around?! Yet Jesus Christ himself said, “I have not come into this world to be served, but to serve.” (Matthew 20:28, Mark 10:45, John 13:1-17) The Spirit, he said, is another helper like himself. (John 14:15) Indeed the tradition of placing hands or “laying on of hands” goes right back to the practice of the Supreme Healer, Jesus Christ, and his followers. So it is a practice with a good pedigree.

Just recently I was making this point at a local healing workshop. I said to the group, “You may think it odd that I should presume to direct or guide the Spirit of God. But just suppose…I want Ben’s shoulder to be healed…” and, saying this, I placed my left hand on Ben’s right shoulder and left it there for no more than twenty seconds. “What am I doing?”

The group replied, “You’re directing the Spirit of God to Ben’s shoulder.”

Then Ben suddenly cried out, “Oh my goodness I think it’s healed!!” And he began moving his arm around freely and without pain.

Do you want to know the funny thing? I didn’t even know Ben had a shoulder injury – let alone that it was his right shoulder. I had simply chosen Ben on the spur of the moment, spoken the words in the moment, and placed my hand as an illustration. When it came to a moment of prayer we didn’t need to pray for healing. Instead we thanked the Spirit of God for confirming the illustration in such an amazing and unforgettable way.