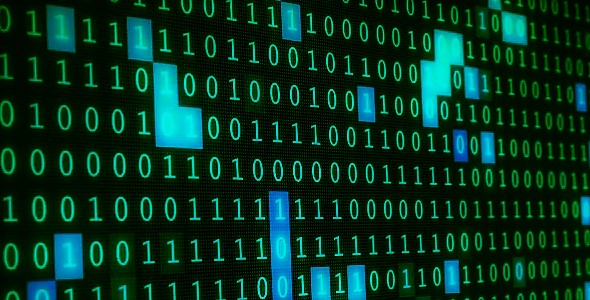 Contemporary congregations often recruit against a background of anxiety about decline. Whether receiving transfer growth from declining congregations, facing amalgamations, closure of worship-centres, or losing members to neighboring churches or post-institutional life, church-members may have an unspoken awareness that congregational life is not the central aspect of Christian life  in the West that it once was.

If a congregation senses diminshed momentum within its own gathered life – or feels that the congregation’s attractiveness to the community has dimmed – the church’s core members may begin to feel a sense of overwhelm. In the face of this overwhelm there is a strong temptation to diminish the complexity of the picture and reduce analyses to the search for both a single cause (an albatross) and a single cure (a silver bullet.) It is often an environment defined by  binaries like these that will welcome the arrival of an Intentional Interim.

The I.I. has the task of enabling the congregation to pause and begin to draw the conversation out; to reveal the wider picture and peel back other layers within their own particular story. By leading the group through these conversations the I.I. can add new perspectives and highlight other dimensions in the story, in order to slowly move the group’s thinking away from reductive analyses or unhelpful binary perspectives.

To put it graphically, without such a process there will be inevitable issues when a 3D pastor arrives in a 2D world! If binary thinking – such as silver-bullet vs albatross – remains unaltered then if a congregation has pinned their hopes on a new pastor as silver bullet, it won’t take too long before the label proves inaccurate. “We employed you to turn things round. You haven’t. In fact we’re still declining! Fix it!!”

Of course, the role of albatross is not one anyone would volunteer for any great length of time! It is not a sustainable role!

I know of a denominational region in Australia which sustained consistent numerical decline over a two decade period. For most of that period the average tenure of a senior pastor has been 2 years and 6 months. The modal tenure of a regional superintendent in that same organisation was also 2 years and 6 months. That’s just long enough for a new pastor to go through a single silver-bullet-albatross cycle!

This cycle of silver-bullet-to-albatros; the mindset of “We hired you to fix everything. You haven’t fixed everything…” can be found in other aspects of the wider culture.

In the UK, the rotation of soccer coaches and managers gives us another example. By comparison Australia, where I live, has chewed through the service of 7 Prime Ministers in 10 years. That’s an average tenure of 1 year, 4 months and 3 weeks. 1903-1913 showed the same rate of turnover. 1939-1949 the same. So this instability has not been a blip. By comparison the denominational region I mentioned was relatively stable. Just not stable enough to grow and mature. Churches need to stand apart from unhealthy patterns – even if they are familiar – and do the intentional and careful work of establishing patterns of thought and behaviour that will nurture confidence and growth. 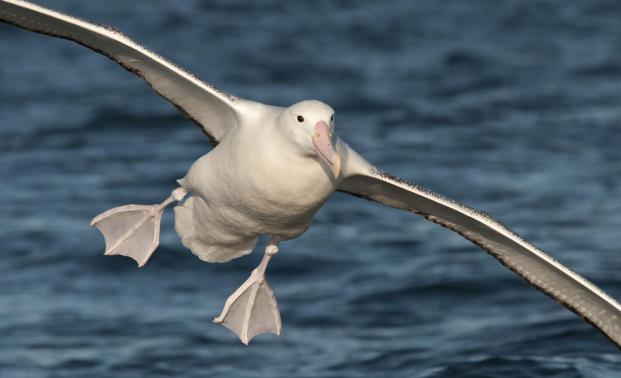 CASE STUDY FROM THE SUBURBS

Lori has recently been installed as the Senior Pastor for Riverside Church* (name changed) a denominational church on the fringes of suburbia in New South Wales. It is a prosperous and pleasant neighbourhood and the church has been there since the foundation of the suburb forty years ago. For twenty years the church operated as an ecumenical project. For the last tweny years the church has been denominationally run and has been served by a succession of 7 Senior Pastors. Eighteen months into her tenure Lori is beginning to ask why the turnover has been so high.

When she was hired, Lori was very clear that her job was to “help the church recover from its previous pastor.” The regional superintendent installed her with that as her essential remit. It was a job spec Lori was happy to ake on, being a very able pastoral analyst and pastoral practitioner.

Today she has more questions concerning that remit. This is because of a coffee shared with Craig, the pastor of a neighbouring church in another denomination. Craig has been in situ for twenty years.  From Craig, Lori has just learned that every pastor of Riverside Church in the last twenty year period has been installed with a remit from regional HQ to “help the church recover from the previous senior pastor.”

Lori’s feelings about her pastoral remit have suddenly changed – along with her sense of security in her tenure. Understandably! Her questions now would include:

The best person to help all parties confront and address these questions will someone who is not part of that system  – not HQ, not the congregation, and not the senior pastor – since all potentially are a part of the dysfunctional matrix – whatever their inidividual virtues and abilities might be. This faciliation from the outside is the work of an Intentional Interim. 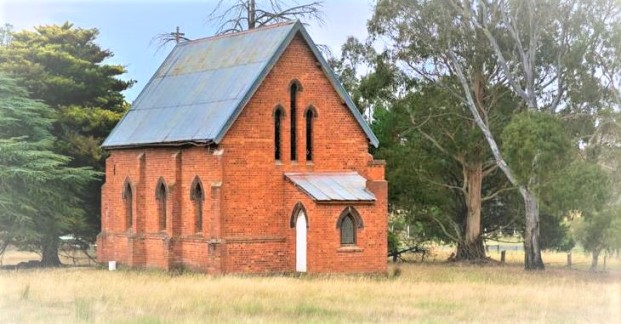 CASE STUDY FROM THE COUNTRY

Don was the pastor of an independent church in a small town in country Victoria. His neighborhood has faced significant challenges over the last 20 years. In the time since the local mill (the main local employer) closed down, everything in the town had to adjust. Schools, shops, and clubs either amalgamated or disappeared. By the time of Don’s arrival the last of the local shops had finally closed. It is now a very different community to the one that surrounded the church 20 years ago.

Don is a distinguished and experienced pastor, a man of deep compassion, vision and great capability. That’s why he was hired. However by the end of his first 12 months, the diaconate had moved Don out of silver bullet category (into which he had been enthusiastically welcomed) and into the albatross category. This was because by the end of his first 12 months Don had failed to reverse the social and generational trends facing the church.

The diaconate lay the responsibility for congregation’s continuing decline trend squarely on the new pastor’s shoulders. At his 12 month review the deacons  decided to extended Don a  make-or-break window of a second 12 months in which to reverse the trends and get the church back to or at least significantly closer to where it was 10 years ago! 12 months later Don had still failed to roll back 20 years of decline, and so the deacons gave him one month’s notice to leave and began the search for a proper silver bullet pastor! 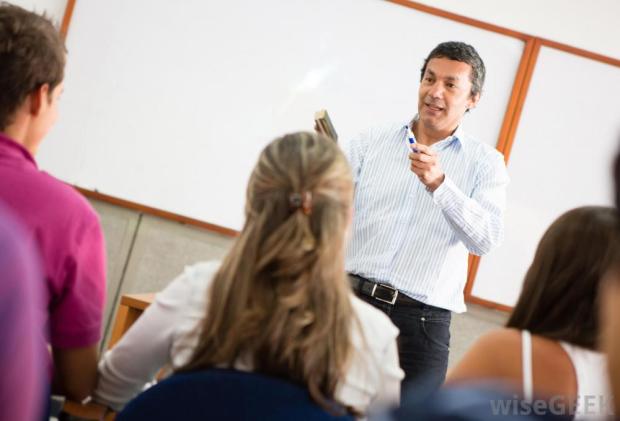 From the outside it’s easy to perceive wrong thinking in the Diaconate’s analysis process. However from within this struggling community of faith, the process somehow made perfect sense! The deacons and gatekeepers simply would not accept the wider perspectives that Don had to offer them. In a way they felt that his wider analyses of the church’s and town’s situation were essentially Don’s devious way of avoiding his delegated responsibility.

This kind of resistance is precisely why the dispassionate outside voice of an Intentional Interim can be so valuable. The I.I. is not offering perspectives to obviate responsibility or feather their own nest. The I.I. is there purely to set the church up for a healthy bonding with the next pastor and a sound footing for the beginning of the next chapter.

IT’S OK TO ASK FOR HELP

One of the things that makes Don’s case so regrettable is that the church is part of a denomination with a developed Intentional Interim department. Had they reached out to their regional office for a process, or at the very least for a consultation from a Church Doctor, they could have avoided all the pain and aftermath of those regrettable two years. I respect the independence of independent congregations but there is a time and place for everything, and a time of pastoral transition is the perfect time to invite an outider to come in and help position the church for its conversation with the incoming pastor. 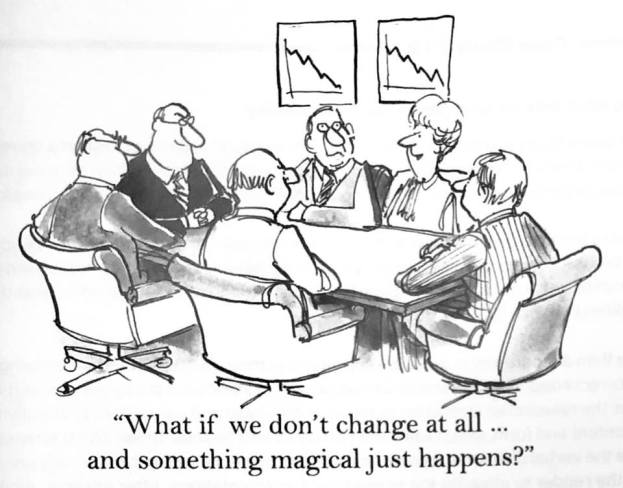 UNLOCKING THE WISDOM OF THE CROWD

One simple exercise for an Intentional Interim is to ask the church on one whiteboard to list every event and local change which has effected the size and wellbeing of the congrgation over the last 30 years (for instance.) Then on a second whiteboard list every factor in the present year, impacting the health and wellbeing of the congregation. While still in the plenary session invite a thoughtful individual to come and red tick every event and factor which they believe the next pastor will be able to fix, you will probably find – as I have – that the individual and the crowd becomes quiet and a little uncomfortable as the complexity of their context sinks in. It is a moment the Intentional Interim must manage carefully.

Once the penny has dropped, and the complexity of the situation has been realised, it is helpful for the Intentional Interim to be ready to acknowledge the feeling, park it to one side for a moment and then provide the people with a menu of real-life stories of healing and transformation (preferable seen first-hand by the I.I. to show that what might appear overwhelming and intractible is nothing more than the context for a new lease of life and a new journey. 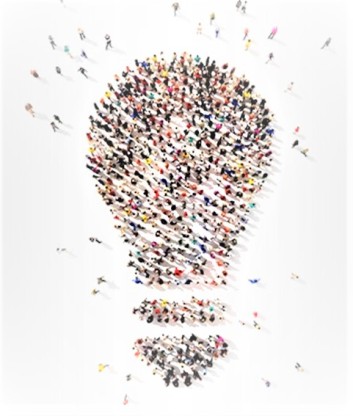 If the crowd is then broken into a number of small buzz-groups, all tasked with identifying two strategic items they believe a new Senior Pastor really can help them with, you will probably find – as I have – that the crowd has perfectly adequate skills to identify the most strategic areas of need against which it would be meaningful to recruit.

Of course there will be some diversity of view. The reason I recommend making the buzz groups small is that with a plurality of small groups responding you will be able to map where the agreement of those groups is bunched. Agreement will always be bunched somewhere. In that agreement lies the wisdom of the crowd in understanding the needs of the moment.

My experience is that most groups have good situational awareness when invited to engage in this way. I have used this exercise myself in three churches.

NO NEED TO GO IT ALONE

Engaging a consultant is not to surrender sovreignty or to admit failure. It is to recognize the needs of the moment and choose to equip maximally. To engage a facilitator to curate the simple listening exercise of white-boarding together challenges past and present, opportunities past and present, and mapping them against the timeline, is a simple but powerful way of priming the congregation and eldership to engage more intelligently with their new pastor, to be more aware of the layers of work they and the new pastor will need to do together, and to establish realistic expectations for the next season.

You might think that a consultant with a pen and a whiteboard sounds a bit low tech. But in Intentional Interim ministry I have found it a powerful tool in facilitating healthy transitions from one pastor to the next. Most congregations are a real mine of knowledge and insight, which – waiting to be tapped by the right kind of conversation. A whiteboard and a pen are all that’s needed to tap the congregation’s situational awareness, map thecurrent terrain and chart possible ways forward. It’s a direct way of breaking the group mind out of over-simple or binary thinking and beginning to rebuild the self-confidence and optimism of a congregation. It begins to lay the groundwork for a wiser, more collaborative experience of ministry as the new pastor and congregation prepare to meet and explore the way ahead together.