“Communities of the Kingdom – The New Monasticism” was the title of  the 2009 conference of the Anabaptist Association of Australia and New Zealand, gathered at Mount Evelyn, in the Dandenongs, on Melbourne’s Eastern fringes. The conference gathered together people from communities and streams which had never met before. Yet the overlap and agreement was amazing.

For many of us it was our first encounter with Christians who use the “A” word –  anabaptist – that is! Back in the 1500’s the Anabaptists were often called “new monastics.” And it was not meant as a compliment. So perhaps it’s not surprising that we found tremendous agreement between people of Anabaptist – Mennonite – Amish – Hutterite traditions and those of entirely new and fresh expressions of church in close community. A small delegation from JGen shared with delegations from Peace Tree, UNOH, Jahworks and the Community of the Transfiguration. It was wonderful and inspiring to learn more of the wider context of our own journey as a  network.

By the end of JGen’s first decade, mainstream denominational structures were themselves re-discovering forgotten ways. Through the work of missional networks such as Shapevine in the U.S.A. and Fresh Expressions in the U.K. the variety of form and missional ecclesiology within the Christian tradition were freshly resurfacing. Consequently by the late 2000s our praxis as JGen began to enjoy the luxury of a wider acceptance.

Under the incumbency of Archbishop Justin Welby a neo-monastic community was convened, co-housing in the heart of Lambeth Palace! In Australia JGen found a plethora of similar micro, missional, residential and organic churches and communities, with whom we enjoyed relating as friends and fellow pilgrims – in particular through the agency of OIKOS Australia.

JGen soon became an active partner of OIKOS Australia and from 2007-2011 Ruth I served as regional team-leaders, first in the ACT and then on the NSW South Coast, giving encouragement to brothers and sisters on similar journeys.

(above top) The late Revd Bessie Pereira – Pioneer & Coordinator of OIKOS Australia – our Beloved Encourager,  with whom we proudly partnered in supporting Grassroots church, and (above) Aaron & Morgan Snow. Aaron was a significant encouragement to me in this season. We met through Shapevine and discovered our parallel journeys in neo-monasticism – myself with JGen and Aaron in the U.S. with “Intentional Gatherings” and SCPX. (You can eavesdrop some key points of our conversation on my page titled Organic Church.) 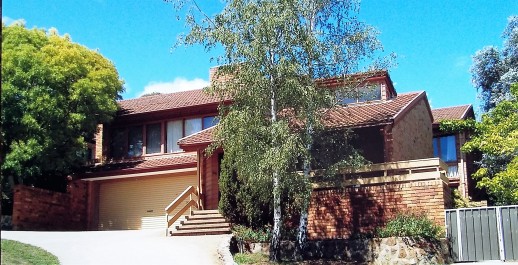 “JGen Garran AKA The Ranch in The New Monastic“

Operating Christian community in smaller units brings phenomenal benefits at many levels. For example we enjoyed giving away a proportion of our community purse which would be unimaginable in much larger churches. We enjoyed experiencing the consciensization, accountability and personal transformation that can flow from a culture of close conversation. And we enjoyed the privilege of exercising a lifestyle of inclusion and hospitality, helping people in our natural networks to find and grow in faith through intentional friendships.

The challenge of operating in smaller units is the fact that groups are in a continual cycle of beginning as people move and enter different seasons of life. As a network JGen ran from 1997 until 2009 at which point, through changes in our circumstances and stages of life, the time had come for us o disperse into other places, ministries and churches, and carry out newly monasticized spiritual DNA with us! A new season had come! 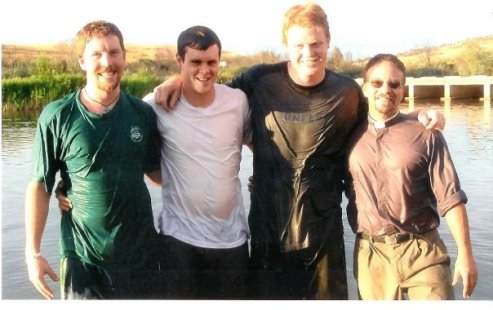 A JGen River Baptism at Point Hut Crossing in Australia 2006!

Most church-planters  hope their personal initiatives will go on for ever, and I can’t pretend to be any different. So it was bittersweet for me to move onto other things. We wound up the network in the same year that my monastic mentor Father Gregory died. It was a time to offer the larger inherited structures the benefits of all we had learned in the world of intentional community.

From our period as a network of co-housing communities I remember one visitor who summarised the impact of JGen on many who visited us. He said, “I see such chaos in the world around me; people just out for themselves. For them happiness is all about money, drugs, possessions, sex. But you guys don’t have any of that! And the way you guys live, the way you share your lives together and spend time with others gives me a vision of a completely different way to live. It gives me hope.”

Today, as I look back, I feel very proud of the JGen legacy in the life and witness of the Jesus Generation diaspora. Our alumni have gone into and seeded all kinds of expressions of ministry, in clustered housing, fostering children in Australia, to parish ministry in New Zealand and the UK; from congregational ministry in the UK, to international education, charitable and development work; from fresh expressions among young people in the UK to building community among refugees in Australia.

Perspectives gained in community deeply informed my own work in my work as a church doctor – as an Intention Interim Minister and Archdeacon for the Anglican Church in Australia – and today as a Public Theologian in my work through the EDEN book series and The 5th Kind TV. 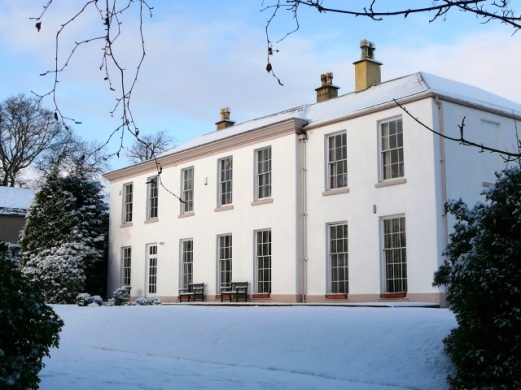 Above is a selection of the places where I have enjoyed life in community from 1985-2009.

The lessons I learned on this part of the church spectrum have enriched my view of the smorgasbord of expressions which have always been found woven into the community of faith. It has extended my vision well beyond the world of organized and institutional expressions.